The cancer size detected during the initial diagnosis is one the key prognosis  factors and has consequences on medical and surgical care. This is why a breast cancer screening program is important.

As the likelihood of developing breast cancer increases with age, a breast cancer screening program is designed for all women aged 50 to 74.

These women will all receive an invitation letter every other year encouraging them to participate in a breast cancer screening program. They will be able to have a screening mammography and a clinical exam from approved radiologists.

This screening is not mandatory but strongly recommended.

Besides, it is also possible to consult a radiologist privately outside of the structured breast cancer screening program.

According to the INCA, the target population participation rate of breast cancer screening was 49,9% in 2017. This participation rate in 2016-2017 reached 50,3%. The European goal is 70%, in order to have a sensible impact on the death rate.

Breast cancer screening programs are 100% supported by social security insurance in France. Patients do not need to pay in advance so that all women can benefit from this screening.

How does the screening take place?

During this appointment, a 2D mammography and a breast clinical exam will be performed.

When the mammography does not show any abnormalities, it is considered as normal. However, contrary to the individual screening, it is systematically reviewed by a second expert radiologist to confirm the first radiologist’s diagnosis.

When an abnormality is detected, the first radiologist will immediately establish the diagnosis screening report. This will enable to shorten the patient’s care deadlines and avoid a stressful waiting period.

During a breast exam diagnosis, this new technique provides a more accurate estimation of the size of tumors over 2D conventional thanks to three-dimensional images.

With its technique, 3D mammography is considered as a reference exam in the breast cancer screening program, and several radiologists have already started to equip themselves with 3D mammography equipment for their patients’ benefit. We anticipate radiologists’ existing and upcoming needs for daily use. 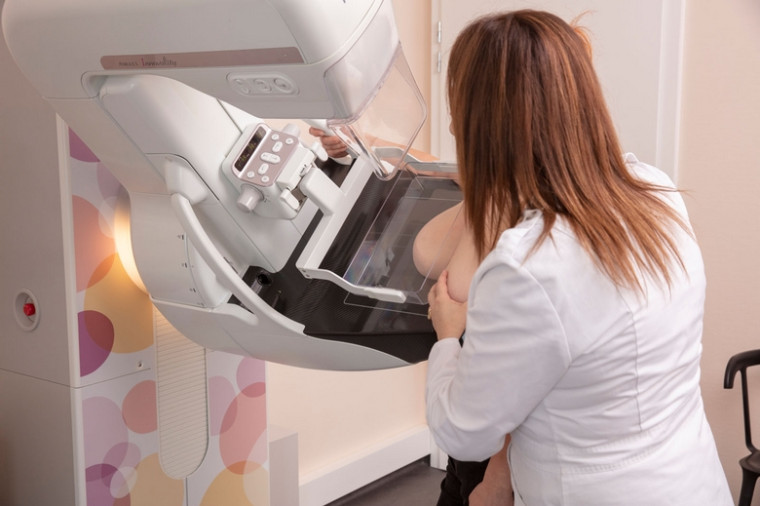 What is the purpose of Hera-MI?

Hera-MI’s ambition is to speed up and improve breast cancer radiological diagnosis thanks to Artificial Intelligence. AI is capable of analyzing images vertiginously fast, detect abnormalities that are sometimes hard to see for radiologists and help them in performing their diagnosis. Hera-MI has developed Breast-SlimView, a patented clinical decision support solution for mammography.

Breast-SlimView will enable radiologists to decrease the time they spend on non-problematic cases and spend extra time on more complex ones. Hera-MI will help radiologists focus on their core business, which is their added value, the analysis of potentially suspicious areas.

Get more information and keep informed about Hera-MI and Breast-SlimView by subscribing to our newsletter.

Your e-mail address will be kept for 3 years from your last contact. You can withdraw your consent at any time via the unsubscribe link in our newsletter.